Walking around the City of Edinburgh gives you the opportunity to discover the history, the character, the architecture and the beauty of the Old Town. The Royal Mile, so named because Edinburgh Castle is located at the top of the Mile and the Palace of Holyroodhouse is at the bottom. The Royal Mile is Edinburgh’s oldest street and as such is a treasure trove of history, along which you can see a tartan weaving mill. Discover why Edinburgh had some of the world’s first sky scrapers, and the difference between the closes and wynds - the narrow streets that run off both sides of the Royal Mile. There are so many significant places to see such as St Giles Cathedral, Parliament Hall and the Heart of Midlothian.
​
Edinburgh Castle is a fortress in the heart of the city, sitting upon an extinct volcano and the castle rock area was the first human settlement in the city dating back to the Iron Age. A visit to Edinburgh Castle is an opportunity to see the Crown Jewels of Scotland, to discover the importance of the castle in protecting the people of Edinburgh from invasion and its use over the years from a castle for monarchs to a base for the army.

​The Palace of Holyroodhouse is the Queen’s official residence in Scotland. On your visit you will discover the Royal Apartments which reflect the tastes of successive monarchs, have the chance to admire the fine plaster-work ceilings, luxurious furnishings and the magnificent artworks that adorn the walls. The New Town, with its magnificent Georgian architecture, is a fabulous place to visit. The breath-taking views from Calton Hill across the city will captivate you. Sights not to be missed also include; Arthur’s Seat, the Grassmarket, the New Town and the Old Royal High School.

A trip to Scotland would not be complete if you do not visit a distillery. Glenkinchie Distillery is just 15 miles from Edinburgh. At Glenkinchie, the visit begins in the Old Malting Floors where you will have a chance to see the fantastic exhibition which hosts the renowned model distillery. Take a tour and your distillery guide will lead you through the production area of the distillery learning how to make our ‘water of life’. To finish the tour, you are welcomed into the bar for a ‘wee dram’ of Glenkinchie 12-Year-Old Single Malt Whisky and a couple more malts produced throughout Scotland.
​
There are many different places to visit close to Edinburgh; including a cruise around the island of Craigleith, home to the Centre's SOS Puffin project, and visit to the famous Bass Rock, described by Sir David Attenborough as one of the twelve wildlife wonders of the world. Bass Rock is the largest single island gannet colony in the world (over 150,000 gannets). You should also look out for seals and dolphins.

Glasgow is a port city on the River Clyde in Scotland's western Lowlands. With Victorian and art nouveau architecture, and a rich legacy of the city's 18th- 20th century prosperity coming from trade and shipbuilding. Today it is full of vibrant culture including the Scottish Opera, Scottish Ballet and National Theatre of Scotland, as well as fabulous museums and a thriving music scene. The waterfront is a breath-taking stretch along the River Clyde with many places to visit and enjoy. Glasgow has a multitude of museums, galleries, shops, entertainment and wonderful boutique bars and restaurants which will keep you entertained for days.

Glasgow Cathedral is a fabulously historic and beautiful place to visit, also known as; High Kirk of Glasgow, St Kentigern's or St Mungo's Cathedral. The first stone built Glasgow Cathedral was dedicated in the presence of King David I in 1136. The present building was consecrated in 1197. Since that same period the Cathedral has never been unroofed and has been actively used for more than 800 years. The Cathedral has one of the finest post-war collections of stained glass windows to be found in Britain. Its history is linked with that of the city and is allegedly located where the patron saint of Glasgow, Saint Mungo, built his church. The tomb of the saint is in the lower crypt. Walter Scott's novel Rob Roy gives an account of the kirk.
For some truly cultural activities, visit the Kelvingrove Art Gallery and Museum. It has been a favourite with Glasgow residents and visitors since it opened in 1901. With 22 themed galleries displaying an astonishing 8000 objects, brought together from across Glasgow Museums’ rich and varied collection, which is a Recognised Collection of National Significance. The displays are extensive and wide-ranging therefore there is something for everyone to enjoy.
​
Charles Rennie Mackintosh (1868 - 1928) born in Glasgow was a Scottish architect, designer, water colourist and artist. His artistic approach had much in common with European Symbolism. His work, alongside that of his wife Margaret Macdonald, influenced European design movements such as Art Nouveau and Secessionism. You can see his work in places such as; ‘House for an Art Lover’, a unique visitor attraction inspired from Charles Rennie Mackintosh's portfolio of drawings of 1901. Also in The Room de Luxe at The Willow Tearooms, Glasgow School of Art, Hill House, Queen's Cross Church, and Scotland Street School. 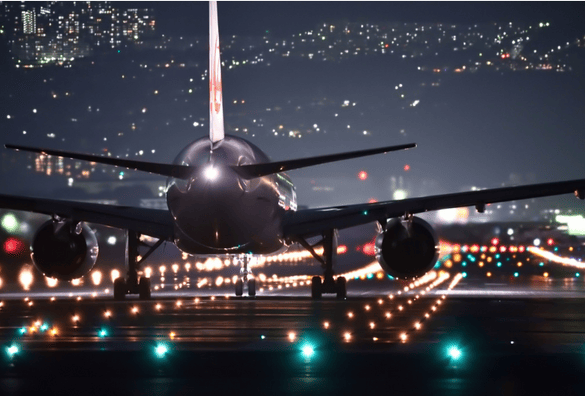 ​Shipbuilding has been part of Glasgow’s Industrial history since as early as the 15th Century and has shaped the Glasgow that we know today. During the 19th Century, shipbuilding became an important part of commerce in the area. Places including; Bowling Harbour, Denny’s Shipyard in Dumbarton, John Brown’s Shipyard at Clydebank and Govan Graving Docks certainly made their mark. The steam engine created a massive opportunity for Glasgow to expand in this industry. Denny's Shipyard built the first Hovercraft and built over 15,000 ships.

Steeped in history, explore the childhood home of Mary Queen of Scots and discover the secrets of Stirling Castle. On a volcanic crag, towering over Stirling Bridge and Bannockburn, sits one of the largest and most important castles in Scotland, both architecturally and historically. Mary Queen of Scots spent her childhood in the Castle and her Coronation took place in the Chapel Royal in 1543. Also in the Castle is the Regimental Museum of the Argyll and Sutherland Highlanders. Take in the sights of the Bannockburn Battlefield, near Stirling and see the statue of Robert the Bruce. Discover the story of Sir William Wallace and the Battle of Stirling Bridge where you will feel immersed in its history. Enjoy panoramic views of the region, standing 220 feet tall at the National Wallace Monument taking in the spectacular views, you can climb all 246 steps to the top learning about William Wallace's life and trial as you climb. See his sword, the Hall of Heroes and the Building the Monument Exhibition.

Loch Ness and the Highlands

Take a scenic journey from Glasgow to Loch Ness, along the banks of lochs, through hills and glens. Visit Fort William and Ben Nevis, Britain’s highest mountain before following the Great Glen to Loch Ness. You need to watch out for sightings of ‘Nessie’, who is very shy! On arrival at Loch Ness, it is worth climbing aboard a boat to spend some time on the loch to do your very own monster hunting or just enjoy the scenery and superb views of the ruins of Urquhart Castle. A visit to Culloden battlefield and visitor centre is a fascinating adventure. Culloden was the last hand-to-hand battle fought on British soil. The short but bloody fight changed the course of Scottish history – find out why the battle lasted less than one hour but changed the way of life in the Highlands and Islands of Scotland forever.

Scotland really is ‘The Home of Golf’, being home to many fabulous courses, including The Old Course at St. Andrews – one of the oldest golf courses in the world, and the three courses at Gleneagles. You are guaranteed a fabulous round of gold, or two.
​
If you are looking for a challenging course, we have Carnoustie – one of the top golf courses in Scotland and thought by many as the toughest course in Scotland. The ditches weave through and alongside holes, and out of bounds ready to capture wayward drives on many holes. You will need your wits about you on this one.

Alternatively, you may fancy something less taxing; you will find it all in Scotland.

A fabulous steam train journey from Fort William to Mallaig. Hop on the massive “Hogwarts Express” and feel like you’re Harry Potter going to Hogwarts, while travelling over the famous Glenfinnan Viaduct, which is featured in the films. Your journey will take about two hours one way, giving you enough time to be captivated by the magic landscape that you’re travelling through, and to just relax in your seats.